THE NEW format Buxton Adventure Festival (BAF) will restart after a short summer break with an all-inspiring line-up of top female adventurers.

Dervla published her first book in 1965 after a cycling trip through Europe, Iran, Afghanistan and India. More than 50 years later, she has authored more than 20 titles, achieving worldwide praise and numerous awards. She continues to travel the world and remains passionate about politics, conservation, bicycling and beer. 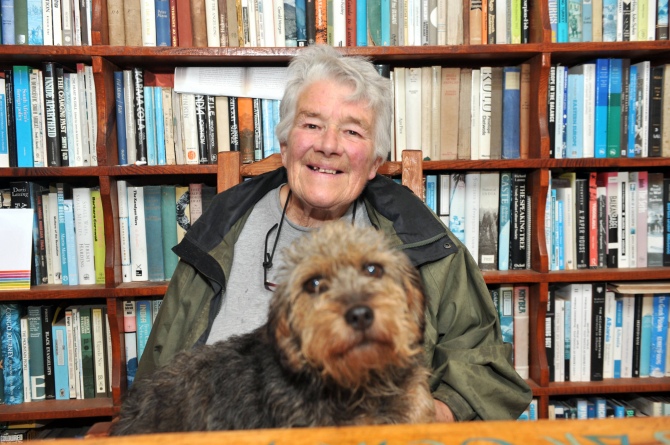 Claire Carter, co-director of multi-award winning film Operation Moffatt, will be the support speaker as well as quizzing Dervla on her adventure-packed life.

The mini-festival will be rounded off with a showing of Come on Eileen, a remarkable film on the life on Eileen Sheridan, one of Britain’s greatest ever cyclists, who defied the odds to become a professional in the 1950s, setting records that stood for decades.

Finally, self-proclaimed obsessive wild swimmer and photographer, Vivienne Rickman-Poole will present an audiovisual show of her adventures swimming in the lakes of Snowdonia in all seasons. Rain, shine, snow or ice, Vivienne’s wild swimming has drawn the attention of local, national and international press, featuring in the Guardian, on the BBC and other media.

Matt Heason, Buxton Adventure Festival Director, said: “We can’t wait to restart the BAF calendar with such an epic line-up of inspiring women. Dervla’s adventures throughout Europe, the Middle East and the rest of the world are truly amazing, and she continues to amaze even in her 80s.

“We also have rarely seen archive footage of Eileen Sheridan’s world-first achievements in cycling with a showing of Come on Eileen. And Vivienne Rickman-Poole will be giving us a stunning audiovisual treat of her wild swimming adventures.

“I hope you’ll be able to join us for what promises to be a truly inspiring evening!”