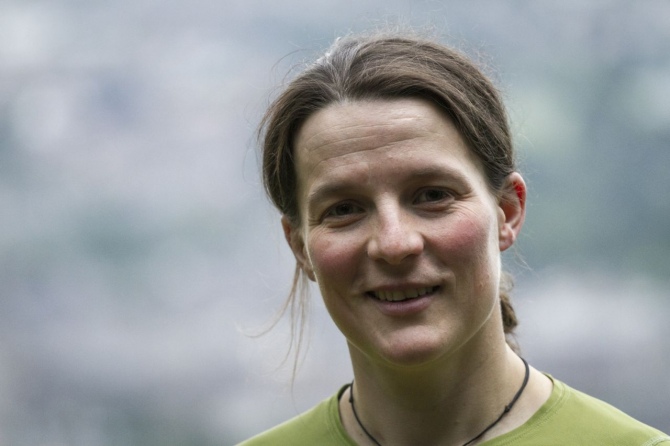 Ultra-runner, climber and cyclist and now author and artist Heather Dawe talks to Trail Running magazine editor Claire Maxted about the drive to keep pushing herself harder and harder.

One of the UK’s leading endurance athletes, Heather has competed and won at Elite level in many mountain marathons and has run the Bob Graham Round in under 22 hours.  In 2008 she won the renowned Three Peaks Cyclo-cross.

Her book ' Adventures in Mind ' has had an extremely positive reception, being one of the very few books in this genre written by a woman, and has so far had great reviews from Trail Runner, Adventure Travel, The Great Outdoors magazines and on The Outdoor Times .  ( Order signed copies for £12.99 )

‘As well as being an athlete Heather is a mum and has a demanding full-time job, but far from making you feel inadequate, Adventures in Mind will inspire you to get out on your bike and appreciate the beauty of your nearest patch of countryside. A great read.’ Rosie Fuller, Adventure Travel Magazine

Heather is back racing this spring after a break to have her first child and it hasn't taken her long to get her fitness back! So far this year, she has   won the OMM female team and the elite class Rab Mountain Marathon and the Highland Mountain Marathon, come second in the Old Country Tops and Welsh 1000m Peaks races, and third in the extremely grueling Celtman Triathalon. Heather has written about her preparation for the Celtman in this guest blog for her publishers Vertebrate.

Next up is a tight schedule of fell races and triathlons before Heather competes in the Original Mountain Marathon (which she won in 2007 and again in 2010).

You can hear more about Heather's recent achievements, and her experience writing 'Adventures in Mind' in this short film.

Introducing Heather Dawe, author of Adventures in Mind from Vertebrate Publishing on Vimeo .

Heather Dawe - runner, cyclist, climber... ...author and artist Over the last fifteen years Heather has spent a lot of her time running, cycling and climbing up and around mountains. More recently she has started to write about and paint them...