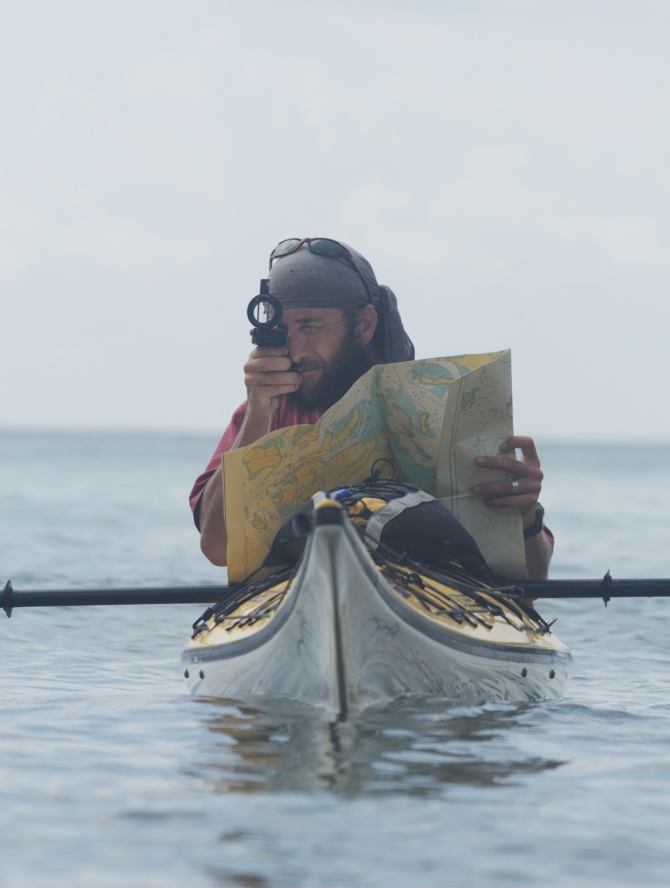 Introduced by Outdoor Fitness magazine editor Jonathan Manning, Jason will talk about how in 2007, he became the first person to circumnavigate the Earth without using motors or sails: walking, cycling, and inline skating five continents, and kayaking, swimming, rowing, and pedalling a boat across the rivers, seas, and oceans .  Taking thirteen years to complete, the 46,505-mile journey was hailed “the last great first for circumnavigation” by the Sunday Times.

This year sees the publication of the first part of his trilogy of books, 'The Expedition'.  ' Dark Waters ' covers the 111 day crossing of the Atlantic by pedal boat and ends with Jason's attempt to roller-skate across the USA in tatters after a hit and run driver leaves him seriously injured.

The film of Jason's journey 'The Expedition' is coming soon - watch the trailer:

For Jason, adventure is about much more than just records or firsts - it's also about education and raising awareness of environmental and humanitarian issues. His non-profit organisation has raised thousands of pounds for humanitarian causes like The Hope Orphanage in East Timor, and hospices for people living with HIV and AIDS.

"A journey of great courage and determination ... I believe it is important in our era of cars, trains and aeroplanes that we are reminded what human beings can achieve using their own strength and resources." His Holiness, The Dalai Lama

"An epic journey that few can rival in terms of endurance and overcoming obstacles. I admire Jason's tenacity so much." Bear Grylls

Read, watch and listen to more about Jason:

Read 'Dark Waters' The first in The Expedition Trilogy