MARATHON TRAINING GETTING TO THE START LINE STRONG AND INJURY FREE 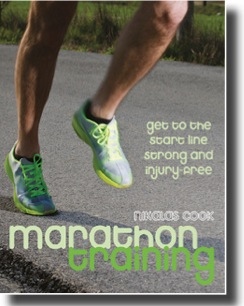 Nik Cook - who will be on our Cyclists' Question Time Panel - is an adventure sports writer for various publications including British Cycling's Insight Zone, 220 Triathlon, Trail Running, Cycling Plus and Outdoor Fitness.  He's run and cycled several endurance events like the Marathon des Sables, the Himalayan 100 and he won and set the record for the 6633 Arctic Ultra (120 miles non-stop).

Last year he became World Long Course Duathlon Champion in his age group but while defending his title recently was knocked off his bike swerving to avoid a cat.  He's now concentrating on riding at the velodrome which is doubly convenient as that's the home of British Cycling and is a feline-free zone.
​

14:00 SUNDAY 12TH OCTOBER 2014 TOP CYCLING EXPERTS ANSWER YOUR QUESTIONS *** LAST MINUTE SPECIAL ADDITION TO THE PANEL*** Rob Hayles will be joining US ON STAGE Whether you're a sportive rider, aspiring racer, enthusiastic club rider or an...