After the Interval Steve and I will chat and show some video about: 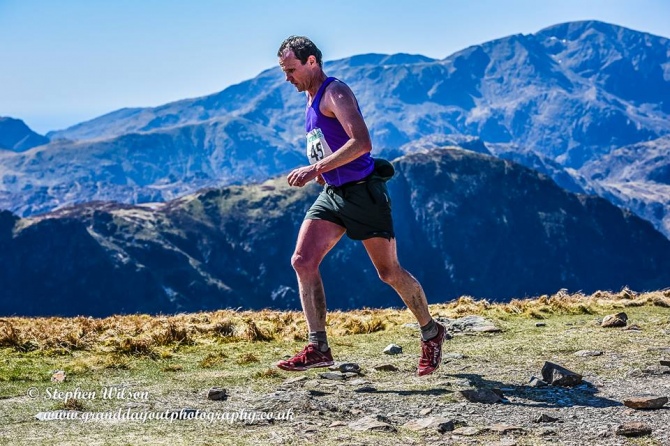 Steve Birkinshaw is a legend within the fell running and ultrarunning communities, both for the extreme distances he can run in the roughest terrain and his ability to push himself to the absolute limit. Born in 1968, he began orienteering by himself at the age of seven. Since then his enthusiasm for running has never diminished, and over forty years later he is still happiest running with a map and compass through bogs and rocks in the wind and rain. He was won many fell races, adventure races and orienteering events, including over twenty wins in the elite class at mountain marathons and victories at the Lakeland 100, the Dragon's Back Race and the record for the completion of all 214 Wainwright fells in the Lake District.

Steve will talk about his running career. He will focus on his Wainwright Round record and the chronic fatigue and heart issues he suffered as a result of this and then his recovery and return to winning races 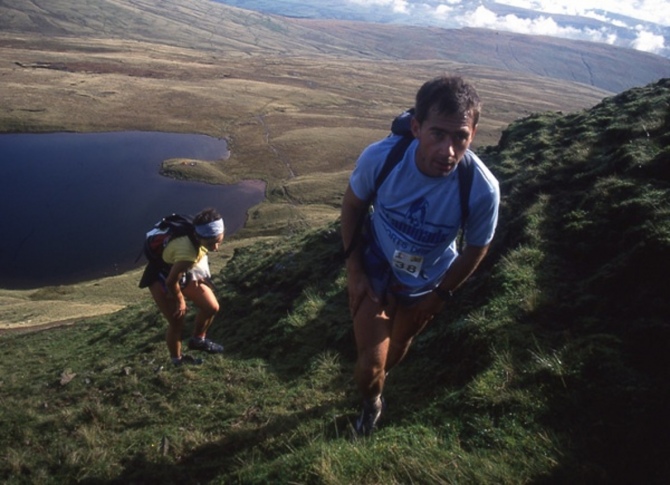 Martin on day 5 of the original Dragon's Back Race in 1992. Photo courtesy of Rob Howard.

Martin will recount tales and anecdotes of his long distance solo unsupported mountain running adventures dating back to the late 1970s, (when dinosaurs were still roaming the planet!). How did we cope before GPS, Mobile Phones, online tracking, the Internet, Facebook, Twitter and email?

In 1992 Helene Diamantides and Martin won the first ever Dragon’s Back race. Since retiring from competitive running in 1994 Martin has organised the LAMM (Lowe Alpine Mountain marathon) for 24 years, culminating this year in the final Isle of Harris classic.

In 2001 he and his partner Debbie climbed Aconcagua in a day (in trainers).

Now aged 60, Martin is Mr SPORTident Timing and SiEntries. He hopes the evening will leave you feeling that you’re never too old to enjoy an adventure.