AN EVENING OF WOMEN'S ADVENTURE WRITING AND ART 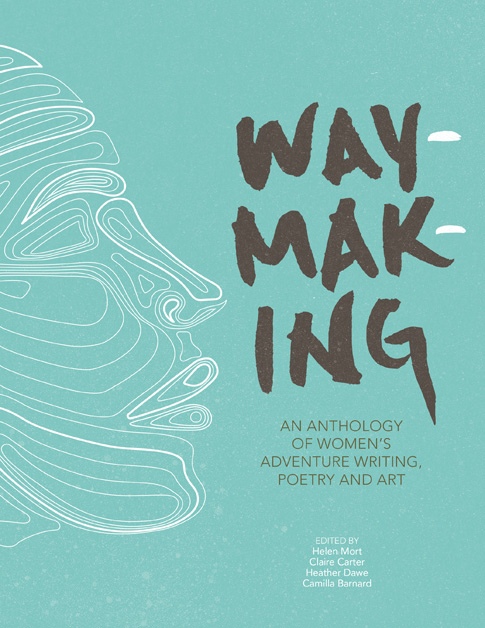 A Night of Waymaking;
How women break ground, lead, follow and move abreast. 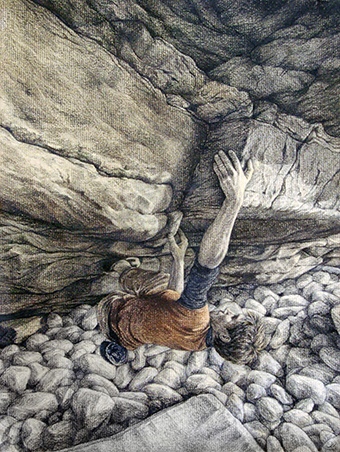 Who are you inspired by? Who do you think of when you are scared? Who writes the words that provoke you to walk out into the wild? Who might you take with you?
In 2018 a community of women adventures, artists and writers came together through the pages of a book; the Waymaking anthology. The ability to break ground, make first ascents, to pioneer comes as much from confidence in one’s surrounding network as in ones self. How can we learn from and encourage each other to step into the unknown; be it a first attempt at a poetry, a solo highland walk, an act of activism. 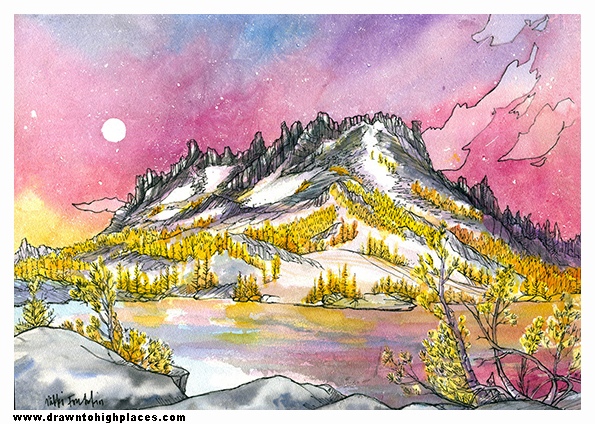 Kathleen Jones, Geraldine Green, Ruth Wiggins and Polly Atkin are four of our most curious and creative writers, their identities shaped by sense of place and embodiment, their fight for opportunity, diversity and environment.  Join Waymaking Editor and Kendal Mountain Festival Artistic Director Claire Carter in conversation with these three fascinating women as we tell stories of solitude, love, illness, freedom, adventure, past and future. Together we will weave a web across generations and landscapes, to connect women together via paths in through the wilderness. 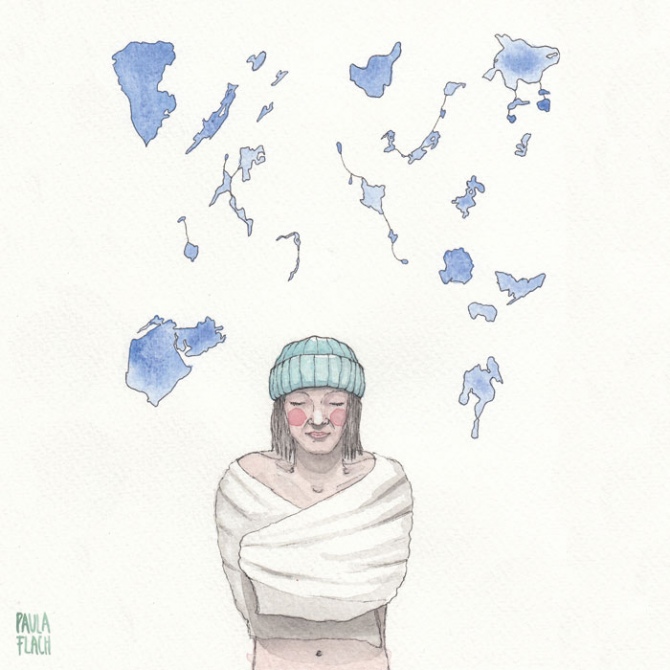 Performers;
Polly Atkin - Poet
Polly is a poet living in Grasmere in the Lake District. Her first collection, Basic Nest Architecture, was published by Seren in February 2017. An extract from this was awarded New Writing North's Andrew Waterhouse Prize in 2014 for ‘reflect[ing] a strong sense of place or the natural environment’. Her first pamphlet bone song (Aussteiger, 2008) was shortlisted for the Michael Marks Pamphlet Award, 2009, and second, Shadow Dispatches (Seren, 2013), won the Mslexia Pamphlet Prize, 2012. She grew up in Nottingham, then lived in East London for seven years before moving to the North West.
Her third pamphlet, With Invisible Rain (New Walk Press: 2018) uses found poetry to explore ways of articulating pain. She is a Penguin Random House WriteNow mentee for a non-fiction book reflecting on place, belonging and living with chronic illness.
Kathleen Jones – prose
Kathleen was born and brought up on a hill farm in Cumbria and now lives on the edge of the Lake District. She has been writing since she was a child and has published seventeen books including nine biographies, two novels and four collections of poetry. She lived for several years in Africa and the Middle East, where she worked for the Qatar Broadcasting Corporation. Since then she has written extensively for BBC radio and is currently the Royal Literary Fund Fellow at Teesside University.  http://www.kathleenjones.co.uk
Geraldine Green – prose
Geraldine is a poet and creative writing tutor. Passing Through (Indigo Dreams Pubs. 2018) is the most recent of her three collections.Her poetry is widely anthologised and appears in many magazines in the UK, US and Italy. In 2015 she celebrated 10 years of poetry readings across America. 2019 sees her returning to the US to read. In 2019 she will be writer-in-residence at the Quaker Tapestry Museum, Kendal.She gained a PhD in Creative Writing from Lancaster University titled: ‘An Exploration of Identity and Environment through Poetry’, in 2011. Geraldine was born on the Furness Peninsula, left to travel, returning to her home town of Ulverston in 2010.
Ruth Wiggins - Poet
Ruth lives in London, but enjoys hitting the trails whenever she can. Highlights have included trekking in Mongolia, Patagonia and the high deserts of Chile & Bolivia. Her work has appeared most recently in POETRY and Poetry Review, and her Emma Press pamphlet ‘Myrtle’ was runner-up in the Fledgling Award. It was described by Deryn Rees-Jones as 'elegant' and 'unafraid', and by Martin Figura as 'a small riot of a book'. Ruth loves the great outdoors and is currently working on ideas around women’s self-reliance. A pamphlet about Mongolia is also forthcoming, hopefully later this year... https://mudpath.wordpress.com/

Waymaking is an anthology of prose, poetry and artwork by women who are inspired by wild places, adventure and landscape.

Published in 1961, Gwen Moffat’s Space Below My Feet tells the story of a woman who shirked the conventions of society and chose to live a life in the mountains. Some years later in 1977, Nan Shepherd published The Living Mountain, her prose bringing each contour of the Cairngorm mountains to life. These pioneering women set a precedent for a way of writing about wilderness that isn’t about conquering landscapes, reaching higher, harder or faster, but instead about living and breathing alongside them, becoming part of a larger adventure.

The artists in this inspired collection continue Gwen and Nan’s legacies, redressing the balance of gender in outdoor adventure literature. Their creativity urges us to stop and engage our senses: the smell of rain-soaked heather, wind resonating through a col, the touch of cool rock against skin, and most importantly a taste of restoring mind, body and spirit to a former equanimity.

With contributions from adventurers including Alpinist magazine editor Katie Ives, multi-award-winning author Bernadette McDonald, adventurers Sarah Outen and Anna McNuff, renowned filmmaker Jen Randall and many more, Waymaking is an inspiring and pivotal work published in an era when wilderness conservation and gender equality are at the fore.