Huw Jack Brassington & The Dragon's Back 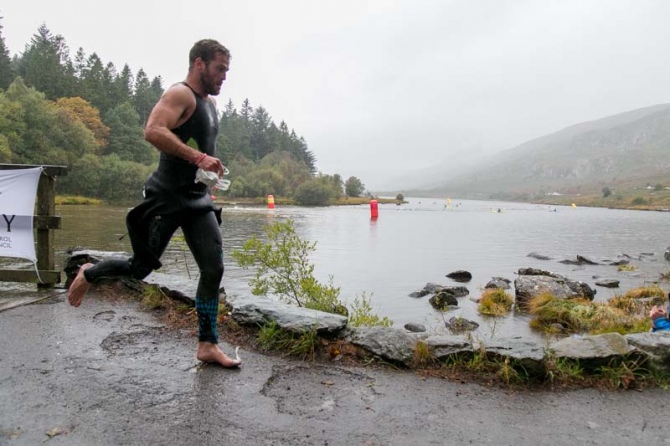 Huw really likes Vaseline. He also likes to be out of his comfort zone (if he even has one); and when these two things collide he is in his element!

Most recently, his adventure film Ar Gefn Y Ddraig (Riding the Dragon), which will be screened in full at the event, won the People’s Choice Award at Kendal Mountain Festival 2018 and came second at Sheffield Adventure Film Festival 2019. Someone even asked him for an autograph, but things took a turn when Huw tried to charge him. For some ridiculous reason he's been given his own adventure TV series which will be out in the Autumn of 2019 on S4C & BBCiPlayer.

Away from the sporting field, his sheer determination and lust for life has led him to become a respected university lecturer, published sports writer and memorable speaker (mainly due to not having a filter – come prepared for anything).

Old Man in the Chair

When you’re 80 years old and sat in a rocking chair stroking a cat or micro pig – how would you like to look back on your life? This is the question that adventure athlete Huw Jack Brassington explores in his unfiltered talk, Old Man in the Chair.

Filled with funny anecdotes and light-hearted stories, Huw shares the secrets to his racing triumphs and catastrophes while explaining how he uses his engineering background to conquer some of the hardest challenges in the world. Huw has competed at a high level in numerous sports, from ultramarathons, rugby to triathlons, so everything he says is based on hard earned experience. He completed the grueling Berghaus Dragon’s Back Race, the Coast to Coast NZ, was a BBC Ultimate Hell Week finalist, came 5th in the world Aquathlon Championships and has even dabbled in a spot of Cumbrian Wrestling once. He beat a 15-year-old and won £7.

Above all, Huw’s self-deprecating humour and go-for-gold attitude aims to leave people feeling inspired to back themselves, to take their chances and in so doing become the best they can be.

“We’re only here once, so fear of failure is a luxury we can’t afford. I have a knack for making all the stupid mistakes, but who cares! When I’m 80 years old, I want to be content in the fact that I’ve left nothing out on the pitch – no unanswered questions.”

Note that for those attending with younger folk there may be the odd swear word, but nothing unpleasant.