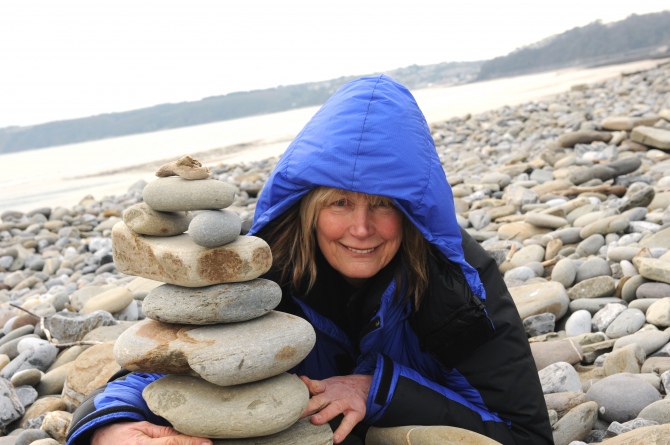 Global Adventurer Rosie Swale-Pope MBE is recognized as one of the world's most courageous, gutsy woman of her generation.  She is the only person in world history, man or woman, to have undertaken an epic solo, unsupported run around our world.

After an introduction by Claire Maxted, editor of Trail Running magazine , Rosie will talk about her remarkable journey of more than 20,000 miles taking more than five years to cross Europe, Russia, Asia, Alaska, North America, Greenland and Iceland before heading back to the UK.

Her international best-selling book 'Just a Little Run Around the World' is Rosie's understated, heart-rending account of the resilience of the human spirit to passionately take hold of a noble dream, then triumph over every adversity in life, including the death of the love of her life, to make it a reality. 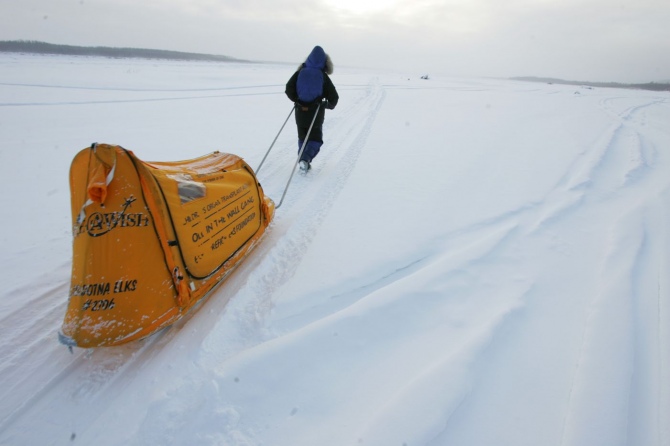 In 2002 Rosie (then 57 years old) set off from Wales with nothing but a small backpack of food and equipment, funded by the rent from her little cottage, to raise money in memory of her husband who had died of cancer.

​Followed by wolves, knocked down by a bus, confronted by bears, chased by a naked man with a gun and stranded with severe frostbite, on a good day she would run 30 miles, on a bad day she would only manage 500 yards, digging herself out of the snow at minus 62 degrees celsius, moving her cart inches at a time.

Every inch, every mile, was a triumph and a celebration of life.  53 pairs of shoes later Rosie arrived home to jubilant crowds in Tenby, Wales.
Rosie's other remarkable achievements include:

"Everyone was so happy they came to hear her speak. I recommend anyone and everyone to go to one of her talks. If you’re needing inspiration in your life, then this is one place where you will definitely find it." Run and Become Running Store, March 2013

Rosie is supported by and would like to thank Derbyshire based specialist tent and camping accessories company Terra Nova Equipment and sleeping bag, down jacket and extreme clothing designers PHD Mountain Software.

Just a Little Run Around the World: 5 Years, 3 Packs of Wolves and 53 Pairs of Shoes