Jasmin shattered numerous long distance running records in 2016, among them claiming the fastest time ever for the Ramsay Round. She linked the 24 Lochaber Munros in a gruelling 60-mile loop in just 16 hours and 13 minutes. 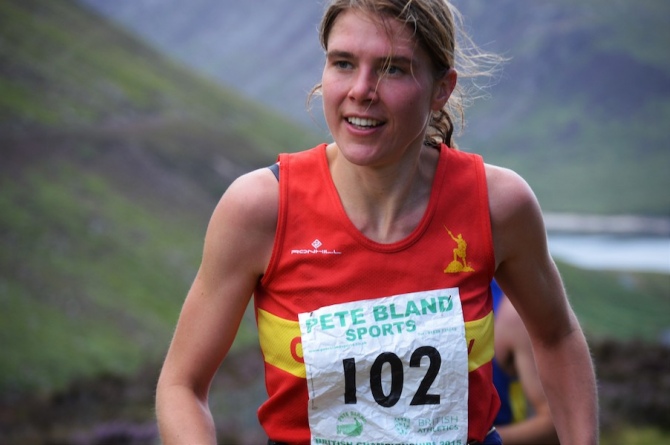 The trailblazing runner also set the fastest female time for the Bob Graham Round, covering 66 miles across 42 of the highest peaks in the Lake District, in 15 hours and 24 minutes.

Fitting training and world-class running performances around a full-time job, the weekend warrior’s other outstanding achievements include a new record in 2015’s Fellsman (11 hours 9 minutes) and coming second in the 5-day 180-mile Berghaus Dragon’s Back Race.

In her Buxton Adventure Festival talk, Jasmin will cover the preparation for her record-breaking achievements, including training and nutrition, as well as the astonishing runs themselves. She will take a look back at her start in fell running and how she fits a world class athletic performance around a busy schedule.

Support speaker for the event is Sally Fawcett, another top ultra-runner who achieved silver at the National Ultra Trail Championships and a team bronze at the Trail World Championships.

There will also be a showing of the inspiring Cape Wrath Ultra, a stunning film from Rich Heap and Ben Pritchard. The 8-day running expedition winds 250 miles through the beautiful lochs, glens and mountains of the Scottish Highlands, with the film following the inaugural race’s progress.

“Jasmin’s records on some of the most gruelling runs in the country cannot be overstated. She is setting top five times for both men and women – smashing previously set female records. Sally is also a highly accomplished runner who’ll be talking about the lessons learned when race plans don’t pan out.

“It is sure to be a highly entertaining and illuminating evening on the dedication it takes to participate in and dominate these truly arduous races.”