Mick has been a leading climbing adventurer since the mid 1970s and has become well-known as an innovative and inspirational mountaineer.

Now in his 60s, he continues to establish new climbs. Last year he completed a successful first ascent on Sersank in the Indian Himalaya. Alongside climbing partner Victor Saunders, Mick took the unclimbed 1,100m north face to reach the mountain’s 6,060m peak.

He has established numerous other routes through his career, most notably the first ascent of the north face of Sulamar in China and new routes across the Himalaya, such as on Gojung (6310m), the Prow of Shiva (6,142m) and Kishtwar Kailash (6,451m).

Mick has been the recipient of several awards, including two Piolet d’Ors, and authored a number of critically acclaimed books, such as Vertical Pleasure, Climbing in the Cold and On Thin Ice. 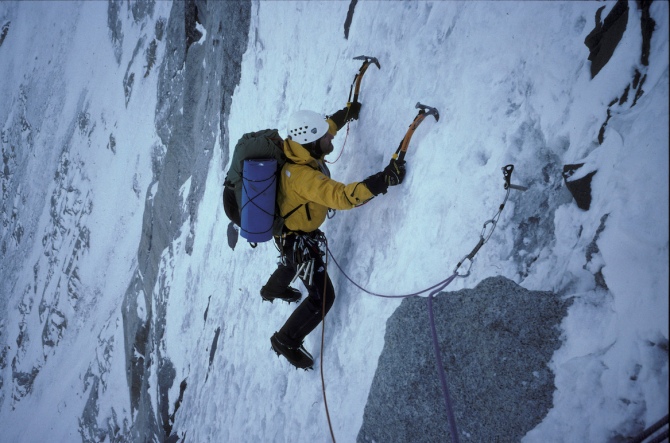 His talk at the Buxton Adventure Festival will cover his many adventures among the world’s tallest mountain ranges and why he continues to push the limits after more than 40 years.

There will also be a showing of the award-winning feature film Freedom Under Load. The documentary follows the oldest generation of High Tatras porters, who climb with supplies to the mountain huts every day.

Matt Heason, Buxton Adventure Festival Director, said: “We’re focussing on mountaineering for our March Buxton Adventure Festival event and we couldn’t have asked for a more inspiring speaker than Mick Fowler. Mick’s achievements since the 70s are incredible and his list of first ascents is unmatched. He’s been called the mountaineers’ mountaineer and won numerous awards. His talk will be inspiring and jaw dropping.

“We’re also looking forward to a rare showing of Freedom Under Load, which tells the inspiring story of the High Tatras porters. These guys carry hundreds of kilos on their backs, facing storms, blizzards and deep snow every day, to bring supplies to the mountain huts. It’s their profession and way of life and it makes for a truly outstanding documentary.”