Joss has been setting fell running records since the 1970s and considers his 1975 72 peak Lakeland circuit, covering over 100 miles and 38,000ft in under 24 hours, his own greatest achievement. 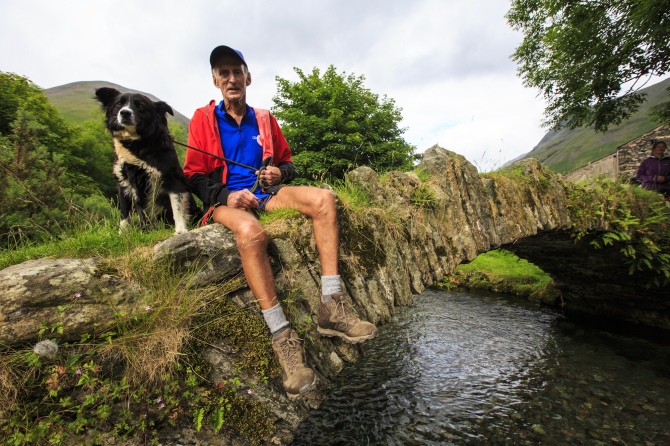 He was appointed an MBE for his services to sport and charity and the proceeds from his talk will be donated to The Brathay Trust, which works with children, young people and families to help them fulfil their potential and make positive choices.

Due to high demand, the event will take place in the stunning 900+ seater Buxton Opera House, where he will talk about his life of running and farming before taking questions from the audience.

The support speaker is Steve Chilton, an experienced fell and marathon runner and award-winning author who will talk about the history of the Bob Graham Round.

Matt Heason, Buxton Adventure Festival Director, said: “Joss Naylor has been described as “The greatest of them all” and it’s easy to see why when you look at his running achievements.

“He has bagged successive peak records within the scope of the Bob Graham Round, from 61 peaks in less than 24 hours in 1971 to 70 Lakeland fell tops, covering more than 50 miles in under 21 hours in his seventies. A phenomenal achievement.

“We’re also delighted to have Steve Chilton with us, who will cover not just the history of the Bob Graham Round, but also the what, why and how of this classic fell endurance challenge.”

There will also be rock climbing icons Ron Fawcett and Rab Carrington on 11th September, Yorkshire Rows on 9th October and the Best of the Fest on 11th December. Visit www.buxtonadventurefestival.co.uk for the latest details.