WINTER and big wall climber Andy Kirkpatrick will bring his own brand of comedic storytelling to the Buxton Adventure Festival on 18th May 2016.

After selling out dates across the UK, his acclaimed show Cold Mountain will be at the Buxton Opera House Pavilion Arts Centre.

Cold Mountain takes the audience on an adventure into Antarctica, where Andy arrived with the task guiding a group of BASE jumpers to the top of one of the hardest mountains in the world. The physically, mentally and emotionally draining climb pushed at the very boundaries of what is possible in modern expedition climbing. 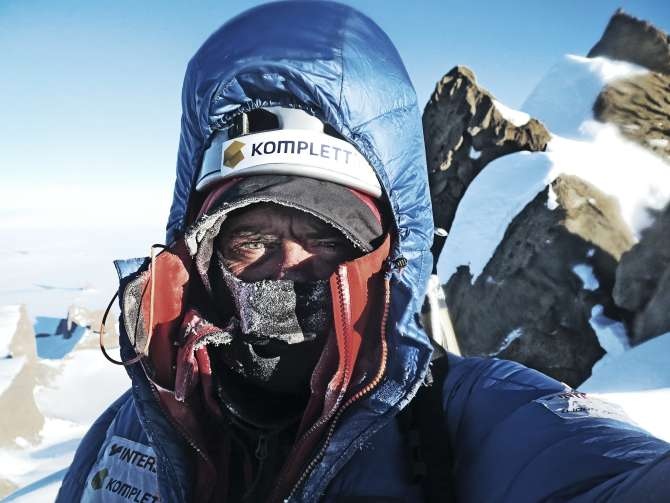 Andy specialises in big wall climbing and winter expeditions, pitting himself against vertical climbs of over 1000 metres and often in temperatures as low as minus 30 degrees. Alongside his latest expedition, he will reflect on a lifetime in the mountains and the lessons he learned along the way.

“Andy is one of the funniest of Britain’s top climbers and represents what is best in modern British climbing: boldness, innovation, sense of humour, irreverence, commitment and an appetite for risk.”
Chris Bonington

Adventure cyclist Mike Howarth will be support speaker at the May instalment of the Buxton Adventure Festival. In 2014, Mike pedalled from South America’s southernmost city, Usuhaia, weaving together a series of dirt roads, historic trails and singletrack to arrive in the Colombian capital of Bogota 16 months later. 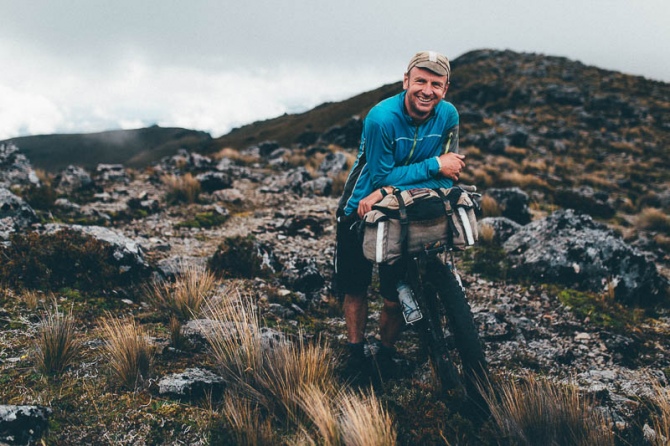 In search of a path less travelled, Mike will take the audience on a journey through the South American continent, sharing his beautiful photography and love of high Andean passes, along with the many highs and lows of his trip.

Completing the mini-festival line up, there will also be a showing of Xbox to Ice, a short film on Andy Kirkpatrick’s trip to Norway with his two children to retrace the footsteps of the heroes of Telemark. There will also be an audiovisual presentation of photographs from his many expeditions around the world.

The Buxton Adventure Festival will be at the Buxton Opera House Pavilion Arts Centre, in the heart of the Peak District, at 7:30pm on Wednesday, 18th May 2016.

Matt Heason, Buxton Adventure Festival Director, says: “Andy is one of the funniest and most unique storytellers I have ever come across. If you haven’t seen one of his shows before, I highly recommend coming along to the Buxton Adventure Festival on 18 May. If you have, you’ll already know how entertaining he is on stage, so you should book tickets quickly before they sell out! And if adventure cycling is your thing, Mike Howarth’s talk is also not to be missed. The whole evening promises to be hugely inspiring.”