As one of the most outspoken climbers of his generation, Nick will pair his usual dry wit and humour with stunning photography, exciting films clips and a feature of his ascent of the Rive Gauche above the Argentiere Glacier in Chamonix. 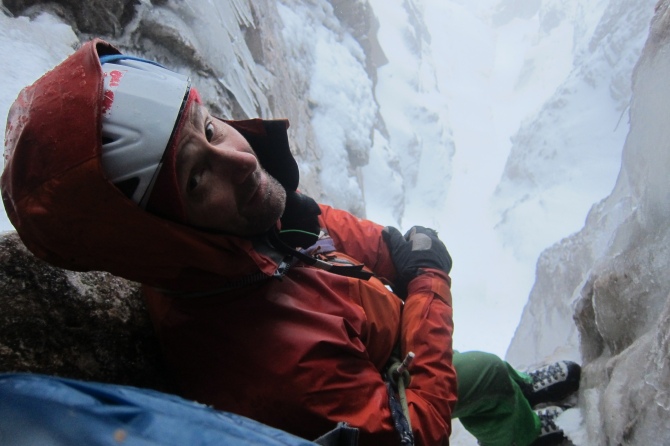 The UK premiering talk, titled It Takes a Big Dog, will span his many adventures exploring the world’s mountains and cliffs. Nick will also talk about an incident that sparked international headlines at the end of 2015, when he and climbing partner Greg Boswell narrowly fought off a grizzly bear attack in the Canadian Rockies.

The talk will take place at 7:30pm on Wednesday, March 23rd 2016, at the Pavilion Arts Centre in Buxton, in the heart of the Peak District. The event is supported by University of Derby, Buxton Opera House, Buxton Advertiser, The Old Hall Hotel, Go Ape, and Heason Events.

Matt Heason, Buxton Adventure Festival Director, says: “Our March speaker is one of mountaineering’s most outspoken voices – Nick Bullock. Many will remember the headlines before Christmas when Nick and Greg Boswell got attacked by a bear and his BAF talk will be the first time he’s talked of the incident on stage. He’s an extremely animated and funny pubic speaker and I’m sure it will be a hugely entertaining evening.”

The evening will also feature an adrenaline fuelled film, All Roads Lead to Scotland, about the climbing partnership between Nick and Tim Neill. And an audiovisual presentation will be shown from Daniel Wildey, an adventure and travel photographer based in the Peak District.

Further Buxton Adventure Festival events are taking place throughout the year. Visit the What's On section of the website for more information.